The Burning of Books and Burying of Scholars

Last Sunday morning, I went with my wife to brunch at the local churrascaria in belated celebration (due to a case of the flu) of our 12th wedding anniversary.

I mention this only because events like a wedding anniversary cause one to muse on cycles. Due to its proximity to the Sinosphere, 12th (24th, 36th, etc.) anniversaries, be they of birth or marriage, carry a certain significance in Thai culture as part of the duodecennial cycle of the East Asian zodiac and the larger sexagenary cycle of year reckoning. While a full discussion of the relationship between the linear and teleological view of Whig history and an older social cycle view of history is beyond the ambit of this article, it is worth noting that, perhaps, the truth lies in the middle as history might resemble a gyre or corkscrew.

One of the advantages of studying history, philosophy, and literature is that it provides a corrective lens to the intellectual myopia individuals possess due to the limitations of living memory as a result of the ephemeral nature of human life. Case in point, without the knowledge that comes from these disciplines, one might be forgiven for thinking that the contemporary culture war battleground of free speech on campus is somehow a new phenomenon that originates from the nefarious machinations of a shadowy cabal of Globalist-Zionist-Freemason Lizard People. In fact, free speech, higher education, and society have had a contentious relationship ever since Socrates drank that cup of hemlock. (Although, it is quite possible that the Anunnaki forebears of the Illuminati may have had something to do with that incident.)

Indeed, in examining the similarities between the situation on campuses today with those of yesteryear, it is instructive to look at an incident that occurred on the campus of Indiana University during the Spring of 1890. Much like The Onion, which was founded by two students at the University of Wisconsin in 1988, during the 19th and early 20th century, college students would publish their own satirical newspapers and broadsides. These clandestine and anonymous publications were known in the contemporary vernacular as boguses. With one particular bogus, on April 19th, 1890, the frat bros of Beta Theta Pi pulled off an epic trolling of the good people of Bloomington, Indiana that has few rivals even almost 130 years later. On that Saturday morning, the town residents awoke to find a bogus attacking certain students and faculty members of Indiana University plastered to the doors of their homes and businesses. The content of the bogus was so scandalous that several individuals complained to the university. From our perception of those more genteel times, the modern reader might be forgiven in thinking the shocking satire was along the lines of “Prof. Higgsboson is a scoundrel and a rogue who deigns to whistle the tune of “Maggie Murphy’s Home” while peddling his velocipede through the park!” Please allow me to disabuse you of that notion as I have taken the liberty of transcribing the first paragraph of the Beta Theta Pi bogus for your elucidation:

In the Ass-Hole of America!

Although there are many turds in this dirtiest asshole of creation, we propose to shovel out only those that have been shit from the effects of the first dose of physic. In so much as there has been a long continued stopping of the bowels, it will be necessary to follow this dose by others at intervals of three days, until the entire gut is purged. The giant turd, the plug as it were, and the hardest to pass is a pale-faced, red-headed-son-of-a-bitch from Indianapolis. This low-lifed terrier has played with his pecker until his brains have ran out at the head of his cock. By reason of this this long continued self abuse, he became so enervated that he was not able to walk to the privy, and it was his custom to shit in the “Saline“[?] , and throw it in the stove. The next TURD, although softer in consistency, makes up what he lacks in substance by the loud tone of his stink. Saunderson, a half-assed lawyer who made an ignominious failure in that profession, thinks he is competent to teach oratory and Rhetoric, we want to inform the trustees that if his name isn’t Damnis next year, I. U, will be hissed out of state oratorical. 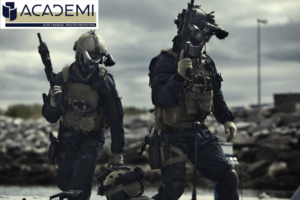 All right, there’s a bad hombre in that dorm who said there are only two genders. Get your shit in one bag and ROLL OUT!

It goes on for several more paragraphs, which you can read in its entirety here. The reaction of Indiana University when presented with this bogus was to hire the infamous Pinkerton National Detective Agency to track down the authors of the broadside, which would be akin to a university today hiring Blackwater Academi mercenaries to track down violators of its speech code. According to the archives of Indiana University, the result of the investigation was that the bogus was written and distributed by seven members of Beta Theta Pi and that one of them was a son of a university trustee. All of them were expelled from the university; however, within two years, all seven were eventually reinstated as students in good standing and five were awarded their degrees.

The language used by the Pinkerton agent in his report of the incident is evocative of the language used today by modern speech police in that he first appeals to the injurious effect the bogus had upon the greater social order:

This circular attacked some of the faculty and the most popular students of the college at this place, known at the Indiana College, and was couched in language so filthy that, if such a thing were possible, it must have shamed even the depraved author. It seems that several hundred of these circulars were distributed, and in all probability every child in the village has read them.

Second, the agent cast aspersions as to the character of the perpetrators, “To be able to join most of these Fraternities, it is necessary to possess a certain amount of intellectual ability, good standing in college and society and moral worth, but to join the Beta one must have a certain number of good suits of clothes, must dissipate and in short, must be a hail fellow well met.” It is a mindset in which readers of my last article will be familiar with, in which speech that challenges the cherished nostrums of the day is cited as evidence of moral and ethical defect.

From action to reaction, the parallels with past eras loom large. Be it the Trial of Socrates or the Beta Theta Pi bogus, speech that is considered to have the potential to upset the standing social order produces a reaction to suppress it.  Those lacking a synoptic view of the human story, might read contemporary accounts of the climate surrounding freedom of speech in academia and think it to be a novel situation. Furthermore, this opinion might be strengthened through the scribblings of venal journalists attempting to fatten their paychecks through fomenting moral panic with use of hyperbolic language like ‘unprecedented crisis.’ Yet, even a cursory glance at history shows that this is actually the status quo. Indeed, it is a sign of a healthy civil institution, for as the fount from which new knowledge and ideas spring, it is to be expected that those ideas which have the potential to radically alter society will be met with such perturbation. While one should support efforts to protect the right of individuals to speak freely on campus and be concerned about efforts to suppress that right, one should not also indulge in the hyperbole that any reaction to speech is evidence that the descendants of those Beta Theta Pi brothers are cowering in the attic of 1100 North Jordan Avenue in hiding from the administrative gestapo of IU’s Academic Affairs. For as history shows, there has never been a time when there isn’t a group of students or scholars who aren’t upset about something; this is a natural side-effect of the dynamism inherent in the institution. Indeed, to point to any sign of discontent on campus, as if any state other than complete harmony is unnatural, is often the tool of tyrants. 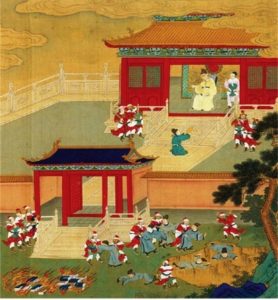 In 221 BC, after Qin Shi Huangdi brought all of China under his control to become its first emperor, his prime minister, Li Si, began a campaign to suppress dissent known in Chinese as 焚書坑儒 (fénshū kēngrú), which is rendered into English as “Burning books and burying the [Confucianist] scholars.” Historian Sima Qian recorded in the Annals of Qin Shi Huang that:

Li Si Said: “I, your servant, propose that all historians’ records other than those of Qin’s be burned. With the exception of the academics whose duty includes possessing books, if anyone under heaven has copies of the Shi Jing [Classic of Poetry], the Shujing [Classic of History], or the writings of the hundred schools of philosophy, they shall deliver them (the books) to the governor or the commandant for burning. Anyone who dares to discuss the Shi Jing or the Classic of History shall be publicly executed. Anyone who uses history to criticize the present shall have his family executed. Any official who sees the violations but fails to report them is equally guilty. Anyone who has failed to burn the books after thirty days of this announcement shall be subjected to tattooing and be sent to build the Great Wall. The books that have exemption are those on medicine, divination, agriculture, and forestry. Those who have interest in laws shall instead study from officials.” 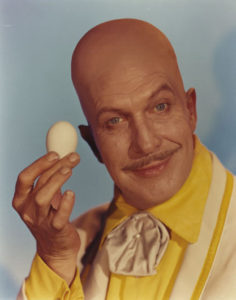 When considering the constant squabbling between the campus Lilliputians and Blefuscudians over which end of a soft-boiled egghead is best, until there is the burning of books and the burial of scholars, the proper reaction is to merely shake one’s head, be it egged or not, over the folly of youth. For it is the inherent stupidity of the 18 through 30 year-old that ensures history has its cycles as well as purging the turds in the asshole of America.

Trump speech live blog with updates in the article from your intrepid Glibs "staff" and your reactions in the comments.…

When A Game Of Chicken Goes Horribly Wrong

I know its a week old, so sue me! Florida Man?  Pshaw!  Alabama Man, not to be outdone by his…