Now that the playoffs are right around the corner, let’s do things a little differently. Instead of running down each division, it’s time to take stock of who’s out, who’s in, and who’s got a shot at the big brass ring. We’ll save picks for the end. 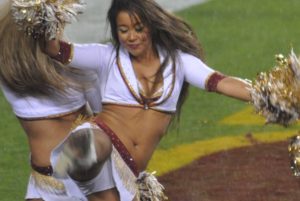 Who do you want to hitch your wagon to in the future? Cleveland will have their choice of QB in the 2018 Draft, and if their guy turns out like Carson Wentz or Jared Goff, there’s enough talent in the fold to turn them around in a couple of years. On the other hand, it’s the Browns. For the Colts, if Andrew Luck can return at a high level (big if), they won’t have to draft a QB in the first round – they could right the ship quickly with an impact rookie or two. Is Denver’s great defense going to remain effective by the time their new QB (one would assume) gets his sea legs? Speaking of young QBs, is Houston’s recovery really as simple as “Deshaun Watson and JJ Watt come back and we’re in contention”? Watt breaks something every other year – can he be effective again after this many injuries? Is a few great games by Watson enough evidence that he’s for real?

The Giants are in for at least a couple more lean years, although watching the continuing deterioration of Odell Beckham’s sanity should provide some unintentional entertainment. Jimmy Garoppolo should be fine at QB, but the 49ers aren’t upwardly mobile just yet. With a little draft luck, the Redskins could be in the hunt for a playoff spot next year; the Bears and Buccaneers look well-placed to be competitive for a couple of years. In the latter case, a coaching change would appear to be in order. 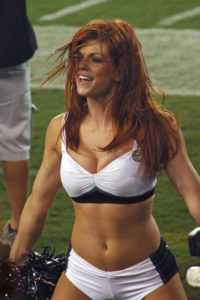 Two teams with serious Lombardi aspirations – and serious injuries. In western Pennsylvania, Steelers LB Ryan Shazier will not return this season; out east, the Eagles will have to make do without a leading MVP candidate in QB Carson Wentz. The Steelers should be okay without their defensive star; the Eagles’ prospects aren’t as bad as they might seem:

1) Home-field advantage. The Eagles have the inside track to earning it, and while home field isn’t as big in the NFL as it is in the NBA, it’s better than not having it

2) The offensive line. Even without Jason Peters, the Eagles O-line is perhaps the best in the league. If you’re trying to make things easier on your backup QB, a great line is the best way to do so. Speaking of backup QBs…

3) Nick Foles. Sure, he’s not really as good as he looked under Chip Kelly, but he’s got a track record. He’s not a second year guy or some guy who’s spent a career holding a clipboard – he’s a proven guy, a known quantity. He’s not going to lose games, and he might even make some plays to help win them 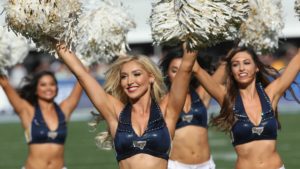 IN IF NOTHING CHANGES

I was as shocked as you all were when the Patriots laid an egg in Miami, but obviously they’ll be clinching the AFC East very soon. Odds are that they and Pittsburgh will earn first-round byes. It would take a miracle for the AFC West champ to catch the Pats, and Jacksonville has already lost once to Tennessee with one more matchup ahead. Buffalo’s hold on the #6 seed is extremely light, and they’ve got the Dolphins twice and another Patriots game left on their schedule. Someone else will be in that spot after week 17.

Things get very muddled in the NFC after the Eagles and Vikings. The Rams could still miss out on a playoff spot entirely. The NFC South is very much up for grabs in spite of the Falcons sleepwalking through half the season and the Panthers’ leaning so heavily on Cam Newton to bolster their running game. 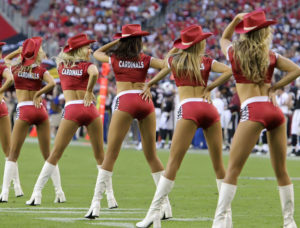 Baltimore will probably end up with Buffalo’s spot. The Chargers could still get in if they win the AFC West, and they’re tied with the Chiefs with one more game between them left to play. (KC won the first one) Oakland still has a shot because they’re only a game back in division; Miami’s division is not up for grabs. Cincy and the Jets (my favorite Elton John song) are both 5-8; I can’t imagine what sort of demonic magic it would take for either of those teams to get in.

Seattle is down a tiebreak to Atlanta; if nothing changes, they’re out. They almost have to win the NFC West to get in. They’ve won the first matchup with the Rams with another one to go, so they’ve got a good shot at it. Dallas, Detroit and Green Bay play in divisions that are already clinched or just about there; I can’t see any of them leapfrogging Atlanta and Seattle. Arizona is 6-7, so they’re even worse off.

So this is how the playoff tree’s gonna look in a few weeks:

Chicago @ Detroit – Chicago has nothing to play for

LA Chargers @ Kansas City – Like I said, I’m off the bandwagon

Arizona @ Washington – this should finish off the Cards 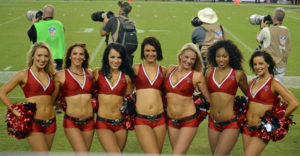 ZARDOZ SPEAKS TO YOU, HIS CHOSEN ONES. AS THE BRUTAL HOLIDAYS ARE EITHER (((UNDERWAY))) OR APPROACHING, ZARDOZ WILL CONTINUE TO…

This is my review of Goose Island Bourbon County Stout. Barrels are one of oldest inventions in use today.  Herodotus…