A clash of contrasting styles is usually a reliable indicator of a highly competitive contest, and Super Bowl 25 was one of the best Irresistible Force vs. Immovable Object matchups in NFL history. The Buffalo Bills, fresh off a 51-3 pasting of the Los Angeles Raiders in the AFC Championship game, were the premier offensive force in the NFL. Leading the league in points scored and point differential, the Bills featured a Hall of Fame trio in Jim Kelly, Thurman Thomas, and Andre Reed. Their #2 receiver was James Lofton, a player with a strong Hall of Fame case himself. But the New York Giants had already shown that they were up to the task of dealing with a powerful offense, holding the San Francisco 49ers to just 13 points at home in a 15-13 shocker in the NFC Championship game. The Niners, bidding to become the first three-peat Super Bowl champions in history, could not get on track despite their own formidable firepower led by Hall of Famers Joe Montana and Jerry Rice.

While the Bills stars shined brightest on offense, the cream of the Giants’ crop was on the defensive side of the ball. Hall of Fame OLB Lawrence Taylor anchored a defense replete with star defenders:Taylor, ILB Pepper Johnson, and NT Erik Howard all made the 1990 Pro Bowl, with Johnson earning All-Pro First Team Honors. CB Everson Walls had made the Pro Bowl multiple times throughout the 1980s. LB Carl Banks was an All-Pro in 1987. DE Leonard Marshall was twice an All-Pro in his career. And the coordinator of this star-studded unit was none other than Bill Belichick. The Giants defense led the league in scoring defense and were second in yards allowed.

The Bills and Giants were meeting for the second time that season in Super Bowl 25; their first matchup took place on December 15, 1990 at the Meadowlands. The Bills won 17-13 and, in the process, knocked out the Giants’ starting QB Phil Simms. He would miss the rest of the season, meaning the Giants would have to try to win the rematch without their starting quarterback of the previous six-plus seasons. And this time it would be for all the marbles. 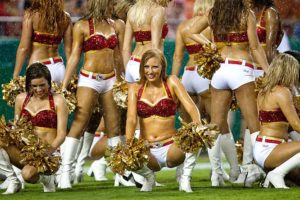 Cincinnati @ Denver – The skid has to stop sometime

New England @ Oakland (Mexico City) – There’s one AFC team that can beat the Pats, and this ain’t the one

Okay, so it turned out that this performance of the national anthem wasn’t live. So. Bloody. What. Does anyone think that Whitney Houston couldn’t have nailed it live? Everyone who watched that day was positively floored. Unbelievably, sadly, more than half her life was already behind her then, at just age 28.

Baltimore @ Green Bay – Sorry OMWC, but I don’t trust your guys on the road. Hope you have fun, though

Ponder this: the Giants kicked off to start the game, and Buffalo’s Don Smith returned the ball 20 yards to the Bills’ 34 yard line where he was brought down…by the kicker, Matt Bahr. The Bills went three-and-out, and their punt was returned by New York’s Dave Meggett for 20 yards to the Giants’ 31 yard line where he was brought down…by the punter, Rick Tuten. Both Smith and Meggett wore #30. Both men were born on the 30th (Smith in October, Meggett in April).  This was Super Bowl 25 – Smith was drafted in the 2nd round, Meggett in the 5th. ILLUMINATI: CONFIRMED

The first quarter was very much a Giants-style quarter. Low scoring, field-position battle, Giants controlling the clock. There was a bit of excitement when Buffalo’s James Lofton hauled in a tipped pass and went 61 yards with it, but the Giants kept the Bills offense out of the end zone. 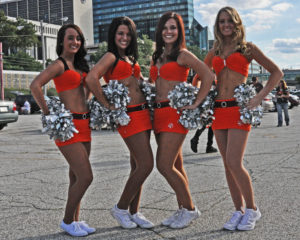 The game could have gotten away from the Giants if not for a private lapdance from Lady Luck. With six minutes gone by in the second quarter and the Bills leading 10-3, the Giants were backed up to their own seven yard line on second down and ten.Then this happened. 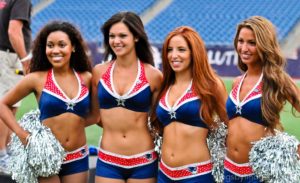 Tampa Bay @ Miami – I wish I could pick against both

Wikipedia, you got this:

The halftime show was titled “A Small World Salute to 25 Years of the Super Bowl”. It was produced by Disney and featured over 3,500 local children from different ethnic backgrounds and a performance by boy band New Kids on the Block, with special guest Warren Moon.

NFL EXECUTIVE #1: All right, we’ve got that cool new band to perform at halftime.

NFL EXECUTIVE #2: Great – let’s do bigger. We’ll have Disney do a thing with a bunch of random kids.

NFL EXECUTIVE #1: Even better. How about we round up some Super Bowl legends – you know, for the 25th anniversary? Bart Starr, Mean Joe Greene, Don Shula, guys like that?

NFL EXECUTIVE #2: We could do that…ORRRRR, how about instead we get one current player who’s never played in a Super Bowl?

Atlanta @ Seattle – something something General Sherman

LA Rams @ Minnesota – The Rams are due for a humbling

The Giants shut out the Bills in the third quarter, largely by keeping the ball for the entire quarter: out of the fifteen minutes available, the Giants held the ball for 12:07, including a then-record TD scoring drive of 9:29 to open the second half.

If the Hostetler safety-that-somehow-wasn’t-a-fumble wasn’t a sign that it wasn’t Buffalo’s day, perhaps this play was that sign. Mark Ingram needed 13 yards to keep the Giants’ drive alive on third down and deked, juked, and outfought five tacklers to get 14 yards. But just as the end of the second quarter motivated the Giants to get the offense going, so did the end of the third fire up the Bills. After a fourth down stop, the Bills knocked out 32 yards in three plays to end the third with some momentum. 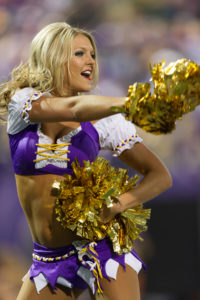 Detroit @ Chicago – Detroit has a lot more to play for

Just eight seconds into the fourth, the Bills reclaimed the lead on a 31-yard Thurman Thomas run. The Giants responded in characteristic fashion, holding onto the ball with a miser’s grip. Their first drive of the fourth quarter put New York back on top with a 21-yard field goal, draining another 7:32 from the game clock. After a swap of punts, the Bills took possession on their own 10 yard line with 2:16 left in the contest. The Buffalo Bills, the masters of the no-huddle but stymied all game by the Giant defense, had just one timeout and the two minute warning left with a championship on the line.

Jim Kelly scrambled twice for nine yards. On third down, Thurman Thomas scampered for 22 yards but an inbounds solo tackle by Everson Walls kept the clock running. Back to the air, Kelly hit Andre Reed, vacuum-sealed by the Giants defense all game, for four yards. Next play, Kelly had all the time in the world against a three-man rush but nowhere to throw it, so he tucked the ball and ran for nine. Timeout Bills, 48 seconds left. On the ensuing play, TE Keith McKellar did what he could to be a hero,snatching a low throw out of the jaws of an incomplete pass. The gain was only for six yards and the clock continued to move, but yards were hard to come by all game long. Play stopped with 30 seconds left for an official review of McKellar’s catch, and after confirming the call the Bills resumed their drive. Thurman Thomas gained eleven more yards on a run to get the Bills to the Giants 29 yard line before Jim Kelly spiked the ball on first down, stopping the clock with eight seconds left in the ballgame.

(technically, the final play was a Hostetler kneel-down in victory formation*, but whatevs) 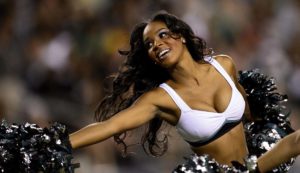 “Or you could look over there!”

Dallas @ Philadelphia – with Elliott out and Philly at home, take the Eagles in a barnburner

– It was a well-played game: just eleven penalties combined, with no turnovers by either team

– There was a precedent for awarding the game MVP to a player on the losing team (Chuck Howley, Super Bowl V), and it should have happened in this game. Thurman Thomas (15 carries, 135 yards, 1 TD; 5 catches, 55 yards) outperformed every other player on the field. The actual winner, Ottis Anderson, had a good game (21 carries, 102 yards, 1 TD; 1 catch, 7 yards), but it was not up to Thomas’ level. Consider also that Thomas achieved this against THAT defense, whereas Anderson played against a lesser defense that was on the field for over 40 minutes…come on now.

– The Bills would make the Super Bowl in each of the next three seasons, but got drubbed in all of them. The next-closest loss in their Super Bowl history would be in their last (or most recent for you optimists): a 30-13 loss in Super Bowl 28

– Winning on an opponent’s missed field goal is good luck, and the Giants have had more than their share of good luck in Super Bowls. The Hostetler safety was surely the best stroke of luck a team could have in a championship game, but David Tyree’s shining moment is in the same zip code

– One way to stop an offense is to keep the ball out of their hands: the Giants kept the ball for 40:33 in a 60-minute game

– This Sports Illustrated writeup about the game is fantastic – I encourage reading it in full, but I’m going to select one passage just to demonstrate how attitudes have changed about the game:

After Seals leveled Hostetler, the Giants…gave Hostetler an ammonia cap to sniff. He later admitted that much of the first half was “kind of a blur”. Hostetler’s older brother Ron…said in the postgame locker room “If the three knockdown rule had been in effect, they would have stopped the fight. He still isn’t sure where he is.“

Yikes! Today, they would have carted Hostetler off the field in that condition and the writeup would have, without fail, reminded us how risky and potentially life-shortening this game is, and that the NFL will surely address player safety issues, blah blah blah. In a sense, I’m glad for all these national anthem protests, because before the media and the left in general realized that woke players could be influential political allies, they all wanted football gone. Now football’s great – at least if you ask them.

Football has never not been dangerous, risky, or life-shortening. It’s brutal. It’s large, powerful men in body armor colliding repeatedly at high speeds. But they have chosen to accept those risks. Some have chosen not to take those risks, many have. It can be sad to see former players as broken-down old men. But that sight will always be with us as long as they play football, and when the For Your Own Good crowd starts talking about banning football, I get irritated. It’s not their choice to make.

This series concludes next week. Here’s a sneak preview:

This is part two of our series The Two Best Super Bowls, Ranked

This is my review of La Cumbre (Albuquerque, NM) Malpais Stout. The fun part about the English Milk Stout is…