By Just a thought not a sermon 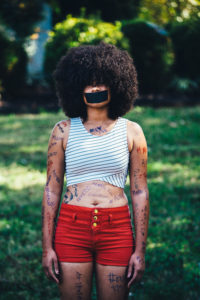 81) The thing about this #metoo crap is that it implicitly seems to accept that sexual harassment or discrimination is something primarily experienced by women. My own life contradicts this. I have experienced sexual harassment and discrimination multiple times, and so far as I can tell, my incidents occurred with no less frequency than for the average woman. The difference is, I’ve never tried to make myself out to be a victim.

When I was in high school, a girl I wasn’t interested in pinched my ass in the hallways several times. #metoo? No, I got tired of it and told her to knock it off, so she did.

Another time in high school, a substitute teacher in my drama class sat on my lap and put her arm around me. I was NOT interested and found the whole thing embarrassing. #metoo? No, a little embarrassment didn’t hurt me, and I just rolled my eyes about it later.

When I was in college and graduate school, there were several occasions when girls I wasn’t interested in would come on to me, a couple times accompanied by unwelcome touching, at least one persisted even after I politely tried to turn her down. #metoo? No, not here, either. Somehow I managed to escape these situations without permanent psychic damage. That sometimes someone is attracted to another person and expresses that in an awkward way seemed sufficient explanation to me.

Before moving on, I’d just like to point out that I’m a reasonably good-looking guy who stays in shape, but I’m no Adonis. I don’t have a flirtatious or outgoing personality. There’s no special reason I should receive more romantic attention than other guys, and I don’t believe I do. I think nearly every man could tell similar stories to the above.

On a more serious level, I had an internship at an academic non-profit in downtown D.C. when I was in graduate school. Their financial officer was a loud feminist, and also a recent divorcee who never hesitated to put in a bad word about her ex—or men in general. Every once in a while, we used to have sessions where everybody would go to the conference room and we’d stuff hundreds of envelopes with invitations for upcoming events. These were usually good times when everybody got a chance to chat, unless the finance lady was there, as she would dominate the conversation with her bad-mouthing of men.

One day a staffer asked me to make copies of resumes for academics applying to be fellows at this institute—there were thirty or forty applications, and each required dozens of copies, which had to assembled into packages. It was an all-afternoon job of busywork. Ms. Man-Hater came in to the copy room, took a long look at what I was doing, mumbled something under her breath, and left. Later that week, I found a reprimand in my mailbox from the intern director for using institute resources for my personal use.

I had no idea what the reprimand was referring to, but eventually I put two and two together and had the staffer who’d given me the job explain to the intern director that I’d been doing something work-related. But why had the finance lady not just asked me directly if I was doing something work-related? The obvious explanation is that I was a man so she automatically assumed I must be up to no good.

Later, I learned one of the other interns I worked with (a woman) received an offer for a staff job there. Why not me? I’d done everything she had done, and was a good employee by any measure. 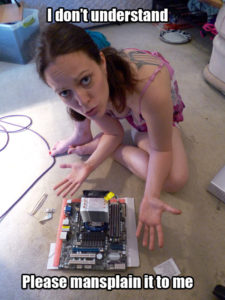 #metoo? I wonder. Had I chosen to pursue it, I think I would have had a very good case for sexual discrimination against this non-profit—hostile atmosphere, passed over for promotions, false accusations of wrong-doing likely based on my gender.

But no, not #metoo here, either. I was free to leave anytime I wanted, and in fact did leave after this incident, as soon as I had another job lined up. And why shouldn’t a company be able to hire whomever it wants, even if its main criterion is not being an icky man? It’s not like this place had any monopoly on jobs. (Actually, I should send Ms. Man-Hater a thank you note for keeping me off the low-paying non-profit path.)

Humans are sexual and carry around sexually-related desires and pains that don’t stop when they enter the school or workplace. Our interactions are full of impure motives, biases, and logic errors, and trying to police them in an impossible battle to end harassment and discrimination is foolish. This is true of both men and women. If anything, teaching women they are victims makes them feel helpless to address problems that could easily be solved simply be speaking up and making it clear if they feel they’re being harassed.

As far as discrimination in the workplace, the best way to address that is not to pile up regulations or increase legal jeopardy for sexual discrimination—that only makes businesses less likely to hire women in the first place. The best solution (for men and women) is a vibrant jobs market that allows unhappy employees to easily find another job. Don’t like the atmosphere where you work—sexually discriminatory, racist, or you just plain hate the other people? If it’s easy to find another job, this is hardly a problem.

Just a thought not a sermon

Happy Monday, Glibs. My oldest son must be getting the jerk gene coming in. How else to explain that he…