Sex? Gender? Bit of both? Neither?

[GLIBS STAFF NOTE: Whirling vortex of angry moved to moderation – including this note.]

There is a lot of talk about sex (there’s a song in there somewhere) and gender in the news recently. People are using them as basically the same, as completely different, or as “it’s complicated.” My point of view is that it is purposefully and needlessly made more complicated than it needs to be, that there is way too much talk of it, it is not that relevant in the grand scheme of things (it really really, really isn’t, no part of the so called culture war is), and, occasionally, I go the route of “oh my god let’s just drop it already.” 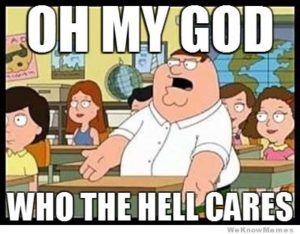 Now this post may be a bit controversial, but hell what is the point of just agreeing with everything? So, of course, here come the disclaimers. This is not a scholarly work and it will not have any reference to studies or other articles. None of my stuff does. I just do op-ed.

I am not a biologist or a neurologist. I am not, thank your deity/empty meaningless void of choice, a social scientist. I am an engineer and, stereotypically, I hold most (not all) social science in disdain. I don’t see them as reliable enough to be fit for purpose, and most of it of little use, besides pushing political agendas. So this is not going to be in any way based on professional experience.

Trigger warning: I am about to state my view of things and I do not care whether people agree with me or find me offensive. It may be long, rambling and incoherent. And I will try to include jokes as I go along, most likely bad ones. You have been warned. Also the spell check keeps trying to get an “u” out of behaviour, but I am keeping that “u” in, so there!

I understand that human brains create categories and, as you cannot know every single person in the world, everyone will resort to generalisation. But one should try to minimise it and drop it when one actually does know the person. Also, stop worrying so much about people you don’t know, and you will not need to categorise them. I really do not care a jot about the average wage of a man, a woman, and the difference thereof. I care mostly about my wage – to low if you ask me, and maybe those of people I know. That’s about it. While one can draw general average statistics over large populations, I find them meaningless, outside pushing politics.The general destroys the particular, as someone else said once. The average shoe won’t fit many. But this is a topic that can go for many pages, keepin’ it brief!

Now after ample disclaimers and such, let’s get to it, dive in the deep end, as it were.

What the ever-loving fuck is all this sex and gender stuff? And why should we care? (spoiler alert: in a better world, we shouldn’t. Unless we plan on having sex. Which sounds gross.)

We have a bunch of words. Some of them are man and woman, “male” and “female.” Back in the day, words used to mean something. That was their point. An accurate description of these words I got from someone else was “bimodal population pattern based on anisogamy and the traits correlated with it.” Humans, like all other mammals (you and me baby are nothing but .. gah sorry about that), have a reproductive anatomy based on this bimodal pattern, with associated gamete, hormones, chromosomes, a degree physical dimorphism and some degree of behavioural dimorphism. This is good and all, and should be uncontroversial. Ah, should… 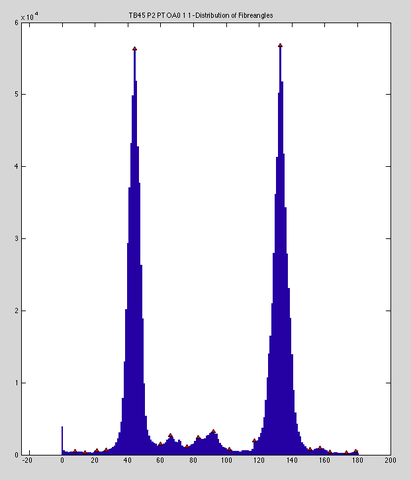 Of course there are small numbers of people who do not fit clearly as male or female, this is quite true, but the number is small enough to not be that relevant for the vast majority of cases. Bimodal in not necessarily binary, and there are outliers.

Now the complicated part kicks in. Gender, baby. Gender is more of a linguistic designation, which was used to describe some elements of identity and behavioural bimodality somewhat separated from the physical. This was, throughout a majority of human history and a majority of cultures, strongly correlated with sex. It still mostly is. In Romania, not being so far down the road of social science, most people still see the terms as almost interchangeable, although young urban progressives are working hard to change this.

In the modern mind of the social justice crowd, gender has been completely separated from sex, which makes it much more flexible, not being bound by any biological limit. I would say good luck to em, use it whatever way you want. But keep in mind that being so flexible and undefined, in time there will be little to separate gender from a personality type, a mood, a fashion statement.

This brings me to my main question: What is the goddamn point of even having it? Sex is a clear biological designation. It is needed as human sexuality is strongly linked to it. There can be medical reasons – different treatments, ailments, etc. based. Males will not get ovarian cancer.

But what is the goddamn point of gender? They say gender, as different than sex, is a valid concept, but I just don’t see it, especially unless quite clearly defined and delimited. Unless it is to utterly confuse everything. If it has no biological boundaries, no conceptual boundaries, no nothing, then yes, you can identify with any of the 33,498,227,345,456 genders. But what is the use of it, at this point? If there were 2 or 3 or 7 genders with specific designations, I would see it. But if it is a vast, continuous spectrum, there’s no point to it. Each has his own personality. Leave it at that.

Well, what about gender roles? What about them? Fuck gender roles as well. Do whatever the hell you want, just leave me be while doing it (unless you are an attractive female and what you want to do is me, in that case you can bother me about it).

Sex is a biological descriptive category, which is now turned by progressive in an oppressive prescriptive category. Which leads them to the conclusion blank slaters get about everything: it is a social construct. One example is having gender supersede sex, as far as sexual desire and behaviour. Sexual attraction and behaviour is based on biological sex and anatomical features, whatever those may be. Now I am a bit of a shitlord. I believe in biological difference between men and women. I also believe sucking a penis is gay, even if it identifies as vagina. And I also strongly believe there is nothing wrong with that, if that sort of thing is your bag.

That being said I am the epitome of live and let live. I don’t care. My only problem is that fewer and fewer people seem to take this approach. I let them live, but they won’t let me. This is annoying, especially since besides activist profiting for this, all this drama is not helping anyone. I have no problem with people switching sex, gender, what-goddamn-ever. Out of politeness, I am willing to treat them with respect. But there are more and more attempts to codify this into law, and with that I have a problem. I would not, were I a business owner, refuse to employ someone because they are transgender. But I do believe it is the right of some other business owner to do so, for whatever reason they may have.

Now, although I have no problem with it, I do think that sex is a biological reality and you cannot truly change it. I think there is a mental problem with someone who thinks they are of a different sex. This is not, of course, any reason to disrespect or bully someone, just like you would not bully someone with autism.  I think it is awful issue to have. I cannot imagine how it feels, but it must be very bad to feel like you are in the wrong body. But that cannot change my view that reality is reality.

There are brain morphology issues that may actually justify this belief, beyond a vague notion of mental illness. But I cannot see how mutilating one’s body in a significant and irreversible fashion is not the result of having a serious problem. Although I accept that this process may actually help the person, it may be a drastic treatment, but treatment nonetheless. Chemotherapy can also be debilitating. That being said, I am highly circumspect about it being applied to prepubescent children, who may be confused as much as anything else.

But I do think bodily mutilations can be ehm… problematic in general. Speaking of mutilation, I also think most piercings in general are terribly unattractive. Tattoos I am split on, I have seen some sexy tattoos, but overall most are not. Also, if male, you should not get a tattoo unless you can deadlift twice your bodyweight, at least; nothing worse than tattoos on guys with no muscle. And those people who want to look like lizards and such are crazier than most. But this is all beside the point.

So, in conclusion, you do you, have sex with whomever you want (as long as they want to, as well, obviously) and ignore all this gender crap, would be my advice. Also no piercings.

Now… feel free to school me on what I got wrong in the comments. Give it to me, so to speak.

It's good to be back here in... wherever we are.  Still no time to find good pics. You have the…

I'm gonna lead off by recognizing the Team Canada Blue Jays.  They have the weight of a nation on their…